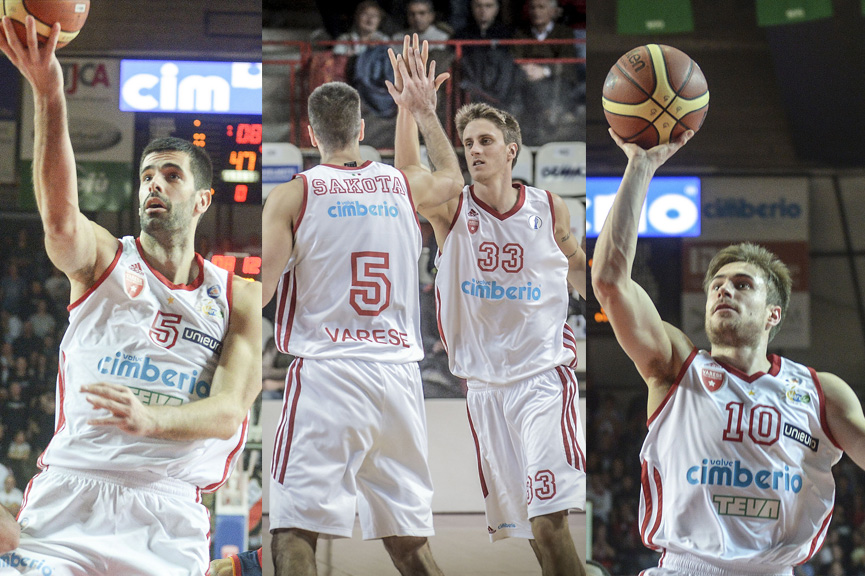 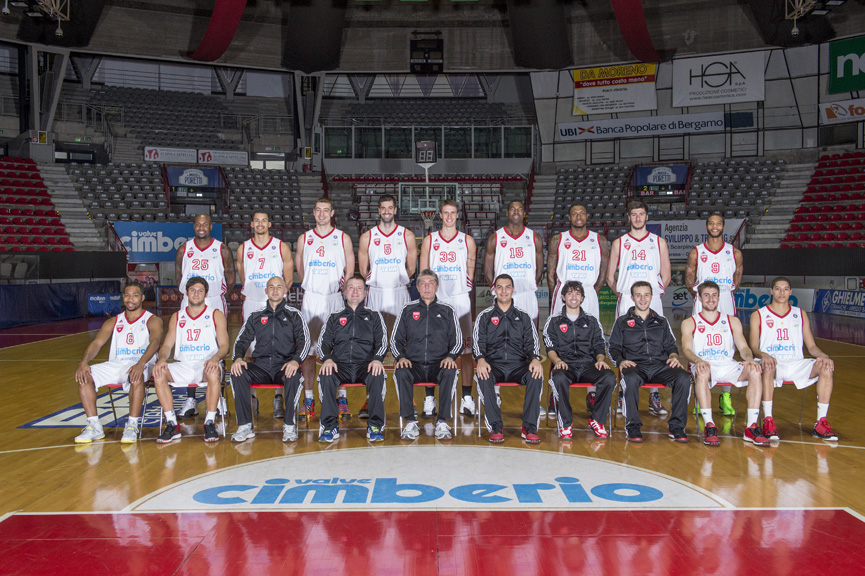 Cimberio S.p.A. has always had a passion for sports, especially basketball.
After many years of having our name associated first with Borgomanero (a team that went from category C all the way up to category A2) then with Novara (three seasons in A2), in 2007 we decided to take the big leap by associating our brand with one of the most historic and winningest teams in all of European basketball.
The binomial Cimberio - Pallacanestro Varese (team that has won 10 Conference Championships, 5 Champion’s Cups, 3 Intercontinental Cups, 2 Cup Winners' Cups, 4 Italy Cups, 1 Italian Supercup in its long and glorious history) has thus become familiar to all basketball fans: Our commitment alongside Pallacanestro Varese is expressed by our passion, but above all by our attention in promoting the sport in younger players.
Pallacanestro Varese, alongside Cimberio, invests a great deal in its youth sector: an indispensable and inflexible condition so that our adventure continues. 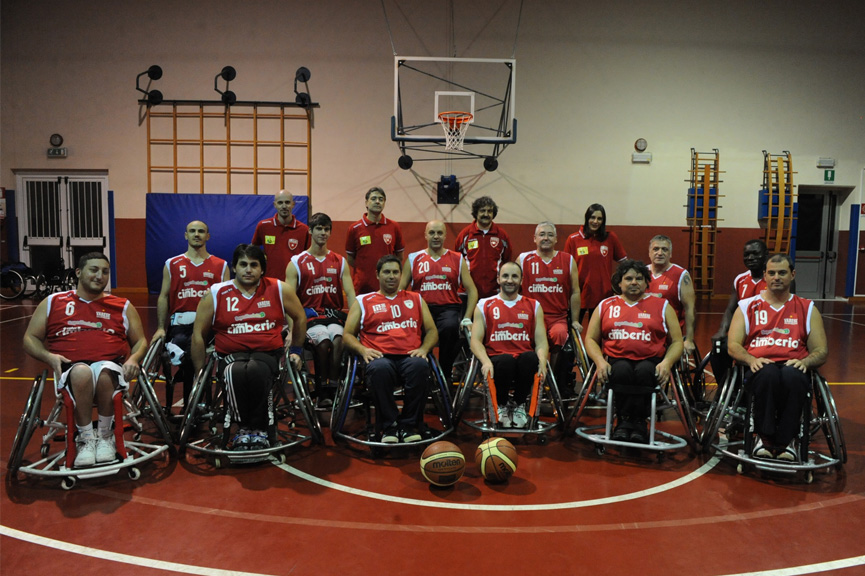 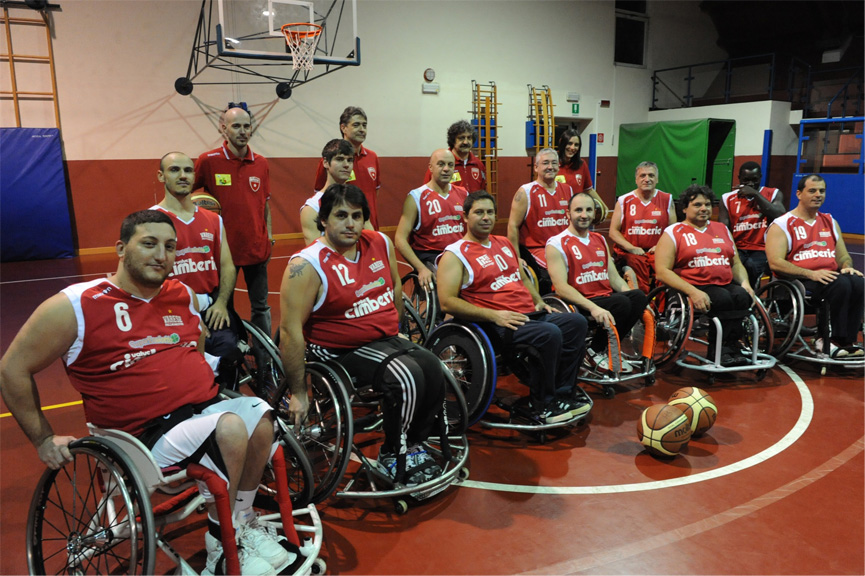 The new adventure that we have embarked upon is wheelchair basketball: our name and our logo appear on the uniforms of the team that is playing in the category A1.

In short, another Cimberio to root for. We have in fact decided to join the Varese team’s project where we are the main sponsor. We have been the main sponsor of this team for a few years now, which has been an adventure where we have received much more than what we have given. A journey that enriches us and will continue to do so.

Cimberio wheelchair basketball play in the top category, after two consecutive promotions. In 2015 it has arrived in the Euroleague, one of the most important sport competitions. This makes us happy, but this isn’t what gives us the most pride. The most satisfying victory was seeing many new people coming to the gym to try to play basketball, and we are proud to have helped to make this happen. Wheelchair bound people, who initially didn’t think it was possible to play sports, are now living a unique experience.

Whoever has the chance, go and watch a game of Cimberio Varese wheelchair basketball.
(the home games will be played on Saturday evening at the Malnate sports arena, near Varese)

You will be overcome by the enthusiasm and the competitive spirit of the players with the red and white jerseys and their adversaries, you will discover a whole new world and become a fan.

We will be rooting for them .

It’s wonderful to know that the Cimberio brand has climbed to the top of the highest peaks in the world.
And it’s also wonderful to know that one of the most famous Italian mountain climbers, “Gnaro Mondinelli”, friend and testimonial of Cimberio S.p.A., was the one to do it.
Silvio Mondinelli has participated in about twenty expeditions above 8000 metres, where he was able to reach the peak in 16 of those.
He has reached the summit of all 14 mountains on earth that are higher than 8000 metres and was the sixth man in the world to do this without the use of supplementary oxygen.
In the mountain climbing world, “Gnaro” is not only known for his mountain climbing accomplishments, but also for his numerous rescue missions done during his expeditions outside of Europe.
Often the decision to bring aid to a fellow mountain climber in distress, sometimes a friend, but often not, is a determining factor in giving up ones attempt to reach the summit.
Gnaro has approached the local populations he has met during his expeditions with this same spirit: he began collecting funds to help the Sherpa population in the Kumbu valley, especially the children, to give them the opportunity for a better future.
With the funds gathered, he was able to finance the construction and operation of a school in Namche Bazar; thanks to this initiative, 80 children now have access to elementary education.