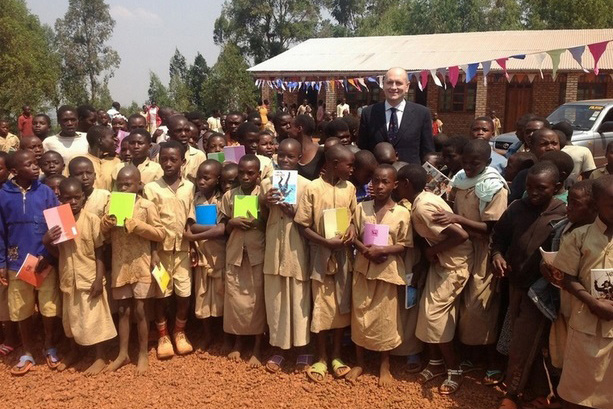 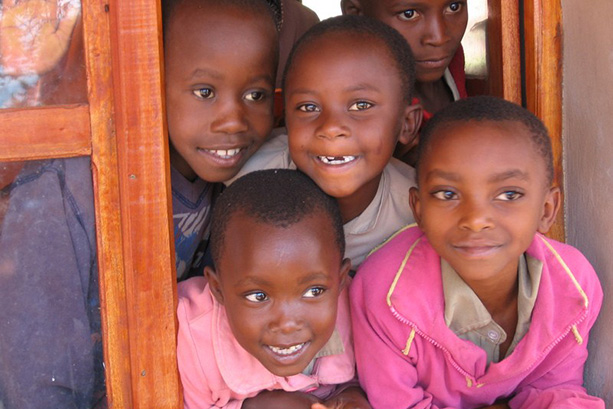 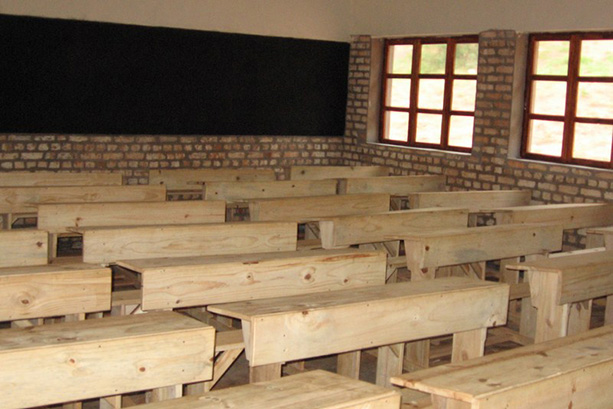 It all began with a dream: to participate in the famous New York City marathon.
A dream that we decided to give a different meaning - to broaden it as far as possible so that it could be everyone’s dream. That is why we decided to connect our participation in the marathon with a charity, inviting all our contacts (friends, acquaintances, customers) to “bet on us” in the sense that we would be able to cross the finish line in Central Park.

Anyone could put up whichever amount they wanted, and if we weren’t able to reach our goal, that money would have been used for a benefit project. The goal of our collection was to build a school in Burundi, one of the poorest countries in the world.

The response to our request to “run with us” was incredible: many helped us reach the number needed to realize the project. This despite the fact that the 2012 New York City marathon was cancelled a few hours before its scheduled start due to the damage caused by hurricane Sandy.

In July 2013 we went to Burundi to take part in the wonderful inauguration party for the school, which can hold 1500 children and the name Cimberio is displayed on a plaque on the main wall.

Run For Africa is still running. New projects, new finish lines and other dreams are around the corner. We will reach them together - running, of course. 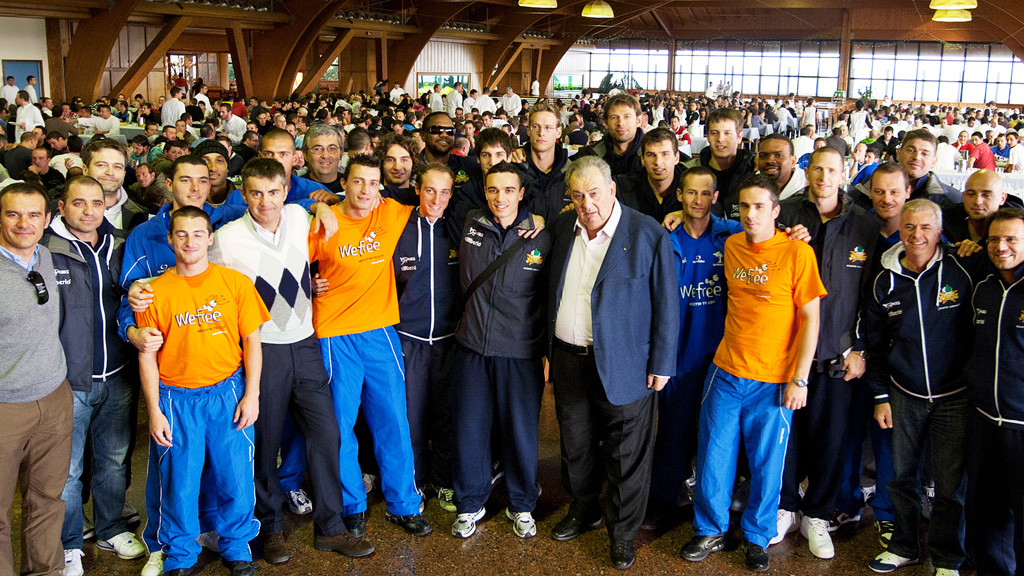 Established in 1978 by Vincenzo Muccioli, it is one of the most important and famous rehabilitation communities in Europe for drug addiction. Located in the scenic hills of Coriano, it has helped approximately 20 thousand people since it opened its doors, offering them a home, healthcare and legal assistance, the possibility of studying, professional training, the chance to change one’s life and to make a full return to society.

It is currently housing 1600 young adults: the nucleus of the community is made up of 140 volunteer workers, along with another 350 employees, collaborators and consultants, many of whom were former drug addicts themselves. The community is also helping 100 children of the workers and the people who are taking the rehab course, as well as many families and about 30 juveniles with serious hardship and drug problems.

It is equipped with a 50 bed medical centre specialized in illnesses related to drug addiction, a nursery school, housing structures, schools and sports facilities, a theatre, and more than 53 professional training centres and laboratories, a village with 60 small villas for the families of the volunteer workers and for the young adults who are rebuilding their families. Over these past few years, San Patrignano has taken in many people under house arrest and released on probation for a trial period, replacing their years behind bars with rehabilitation courses oriented towards full recovery and social and work force reintegration. According to sociological and drug addiction research done over the past 13 years at the Universities of Bologna, Urbino and Pavia on groups of ex attendees of the community, the percentage of people who achieve total recovery after completing the San Patrignano course is greater than 72 percent.
(source: "www.sanpatrignano.org").

Cimberio S.p.A. has been very supportive of the community of San Patrignano for a number of years.
Our help initially involved sponsorship of the community’s basketball teams, with the Cimberio logo appearing on the player’s jerseys and on the parquet flooring of the sports arena. A while ago, we decided to go one step further. Cimberio is now the sponsor of all the sporting activities that take place within the community, and which play a fundamental role in the recovery process for the attendees of the community. 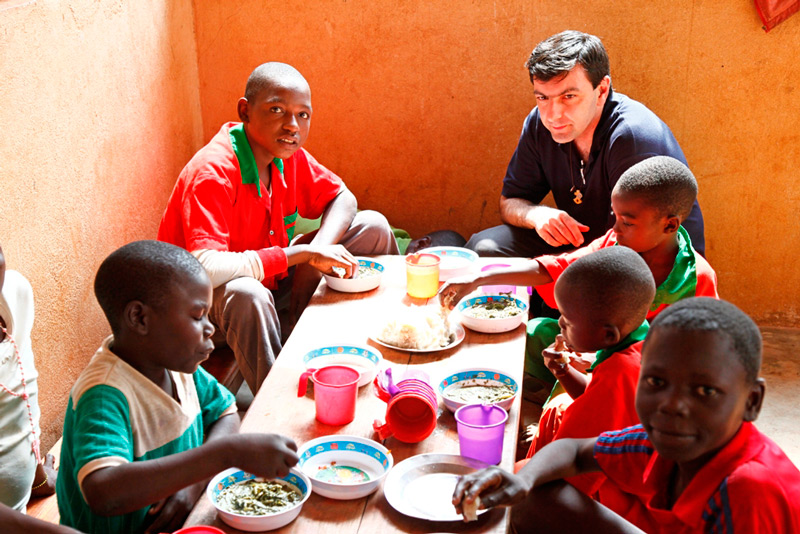 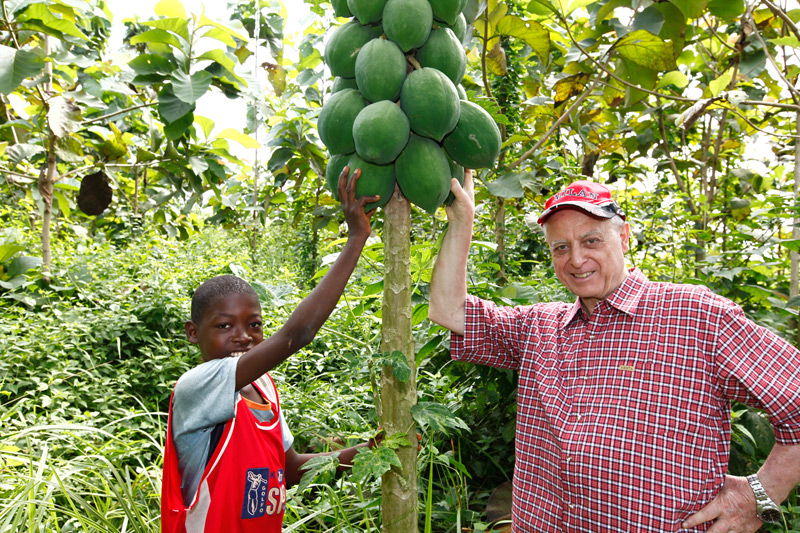 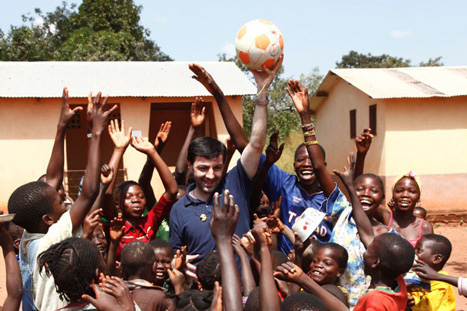 The Carmelite friars of Arenzano (Italy) and Prague (Czech Republic), of whom Father Anastasio Roggero is responsible, are not just friends of Cimberio. No, they are friends of Africa and the world.
Since 1975 Father Anastasio and his friars and nuns, have been the volcanic and tireless beating heart of the Carmelite mission in the Central African Republic, one of the poorest countries in the Dark Continent.

All their actions, the sense of their presence and their work can be summarized in one phrase “Instead of giving fish to those who are hungry, teach them how to fish”.
This is exactly what Father Anastasio and his friars have done and continue to do.

The news reports over the past few months indicate an increasingly dramatic situation. The Central African Republic has been tormented by a devastating and bitter internal war, which has destroyed all of the progress that had been made over the years. The Carmelite missionaries have decided to stay, even though the situation is still very risky. Their presence during this terrible time is even more important for a population affected by such dramatic events.”