Cav. Uff. GIACOMO CIMBERIO S.p.a. reserves the right to make improvements and modifications to the products described and to the relative technical data at any time without forewarning. 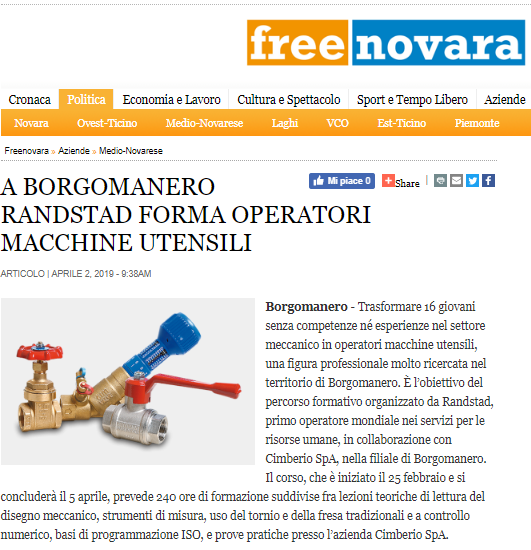